Looking for an awesome daily driver supercar? then look no further than this wonderful 991 Turbo S. With 582hp out of a 3.8L V6 there is no other better daily supercar than this on the market.

Model Overview
Several engines are available for 2017. In the Carrera, Carrera 4 and Targa 4, buyers get a 3.0L horizontally opposed direct-injected 6-cylinder that makes 350 horsepower. Carrera S, Carrera 4S and Targa 4S buyers get a slightly larger 3.8L flat-6, which makes between 370 and 450 horsepower. The GT3, the GT3 RS, the Turbo and the Turbo S all use different versions of this same 3.0L engine, making different power in each variant. In the GT3 it makes 475 horsepower, while the GT3 RS makes 500. The addition of two turbochargers brings horsepower up to 520 and 560 for the Turbo and Turbo S, respectively.
All engines are mated to a standard 7-speed manual transmission. The 7-speed PDK double-clutch automatic is optional, and standard on the Turbo S, the GT3 and the GT3 RS. In the manual, the ratios are close together in every gear except 7th, which helps to achieve a better fuel consumption rate during highway use. Other features include electric power steering and a hydraulic decoupler of the front and rear sway bars, known as Porsche Dynamic Chassis Control. In addition, 911s feature a rear-wheel torque vectoring system that helps build traction using the rear brakes in conjunction with the rear differential.

Inside, the 911 interior features styling touches consistent with Porsche's Panamera and Cayenne. There's no mistaking the design as anything other than 911, however, with a host of gauges flanking a large tachometer, mounted front and center. The center console sports a large color touchscreen monitor for navigation and stereo functions. Overall, the 911 strikes a good balance between being a focused sports car and a luxurious cruiser, never feeling too hardcore to keep its occupants comfortable. 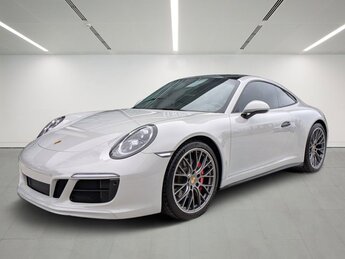 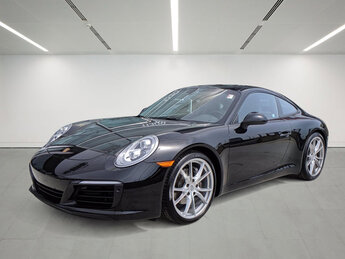