2007 Porsche 911 Carrera S in Black with a black leather interior.

The 911 Carrera S combines driving excitement with everyday comfort. the 997 is powered by a 3.8-liter six-cylinder, delivering 355 horsepower. Also new to the Carrera S is the Porsche Active Suspension Management system (PASM), 19-inch wheels, bigger brakes with painted red calipers, Bi-Xenon headlights, and a sport steering wheel are just some of the new features from the 997 model.

Equipped with the essentials including heated seats, BOSE high-end sound system, multi-functional steering wheel, leather sport seats, Sport Chrono Package Plus which not too many 997 have nowadays.

The Targa features a unique panoramic roof system that provides a completely open roof when desired, combined with the safety and convenience of the Coupe for when the weather turns unpleasant. The Targa also has hatchback-style access to the cargo area with its pop-up back window and is the only 911 model with a separately opening lower tailgate.

The Carrera Coupe and Cabriolet and the Targa have a standard 325-horseopwer, 3.6L flat six-cylinder engine, while the Carrera S Coupe, Cabriolet, and Targa get a more powerful 355-horsepower, 3.8L flat-six. Both engines are available with a six-speed manual transmission or five-speed Tiptronic automatic.

There are also several all-wheel-drive variants of the 911 available. The Carrera 4 and 4S Coupe and Cabriolet models, along with the Targa 4 and 4S, get larger wheels and tires and a widened track for a more aggressive appearance in addition to the all-wheel-drive system, which can send between 5 and 40 percent of engine torque to the front wheels.

Variable-ratio steering is standard on all 911 models. The S models come with Porsche's Active Suspension Management technology standard, which helps improve both ride and handling; it is optional on the non-S models.

Even though the 911 is primarily a sports car, it comes equipped with many of the features that might be expected in a luxury coupe, like automatic climate control, a 235-watt, nine-speaker sound system, power accessories, heated mirrors and windshield nozzles, and a trip computer. The traditional 2+2 seating is standard, but split-fold rear seatbacks allow an expanded cargo area, and there's also a substantial cargo area in front.

The top 911 Turbo version of this sixth generation of the 911 also makes its debut for 2007 with a reworked, twin-turbocharged, 3.6L flat six-cylinder engine with variable turbocharger blades. The engine makes 480 horsepower, 65 more than its predecessor, and 460 lb-ft of torque, also up significantly. With the optional Sport Chrono Package, the turbocharger is allowed a 10-second "overboost" that brings peak torque to 505 lb-ft for quick bursts of passing. The Turbo can go from 0 to 60 in only 3.7 seconds and on to a top speed of 193 miles per hour.

On other models, the Sport Chrono Plus package brings a more aggressive throttle calibration and a built-in lap timer. All-wheel drive is standard on the Turbo, and it interfaces with the Porsche Traction Management (PTM) system to help optimize power distribution fore and aft, and also left and right.

The Turbo has huge standard brakes, with six-piston monobloc calipers up front, four-piston in back, while the Porsche Ceramic Composite Brake system (PCCB) is optional, bringing even better braking ability and saving weight.

On the outside, the Turbo gets LED indicators and a more powerful, aggressive stance, with a modified front end and a wing spoiler in back and functional air ducts for intercooler and brake cooling.

Also new for 2007 is the track-oriented GT3, which features a 415-horsepower, non-turbocharged version of the 3.6-liter flat-six with a high 7600-rpm redline. The GT3 is only offered with a six-speed manual transmission with shorter gear ratios.

The GT3 comes with rear-wheel drive and includes a traction control system that can be completely disabled, along with a mechanical limited-slip differential to help send the power to the wheels as needed. The Porsche Active Suspension Management system (PASM) is standard on the GT3 and has a normal mode for driving on rougher surfaces and a sport mode for maximum racetrack performance.

Porsche announced that a Turbo Cabriolet will be available starting in early September, 2007. 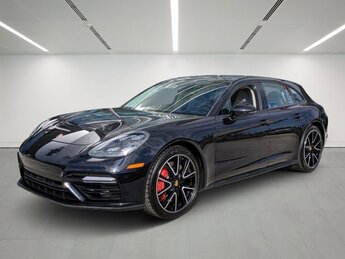